The organizations, the Hispanic Association of Contractors and Enterprises (HACE), and Nueva Esperanza Inc. (Esperanza), are among multiple recipients of funds from the State CARES Emergency Solutions Grant (ESG), which was awarded to the Philadelphia Office of Homeless Services (OHS) this Monday.

The OHS award totals about $4.2 million dollars and is distributed in varying amounts to organizations throughout the city to be used exclusively for homelessness prevention, rapid rehousing, human services, and legal assistance.

HACE will use the money towards its housing service program to provide rental assistance and financial coaching to predominately Hispanic households that have been negatively affected by COVID-19. Similarly, Esperanza will use the money to fund the Hope Homelessness Prevention Program, a new initiative that focuses on funding rental assistance and rental arrears for Latinx Philadelphians, and to add a housing stabilization strategist to their team.

“We are really excited that we were able to get this grant to be able to provide this much-needed support in the city and in our neighborhoods because we don’t know what the future is going to hold for our communities as the pandemic continues,” said Maria Gonzalez, president of HACE, which has served Philadelphia’s Hispanic community since 1982.

“There’s a lot of uncertainties,” Gonzalez added. “There are a lot of people struggling, and we’re very fortunate that we are able to provide some relief and support to those that need it the most.”

Fighting the financial turmoil of the pandemic

In Kensington and surrounding areas, Hispanic and Latinx people are among those who need relief and support, most. According to the Census Bureau’s 2018 American Community Survey data, approximately 60% of the population in Kensington, Fairhill, and Harrowgate is Hispanic. And across the country, reports show higher rates of Hispanic people suffering from a loss of work or wages due to COVID-19.

Read more about how Hispanic people are undercounted in the census, here.

Hispanic Americans are more likely than Black or white Americans to experience job or wage losses due to COVID-19, according to an April survey by Pew Research Center. The survey consisted of almost 5,000 U.S. adults, out of which more than 60% of Hispanic people said they or a household member experienced job or wage losses due to COVID-19, compared to 44% of Black Americans and 38% of whites. Further, Black and Hispanic adults were more likely than white adults to say that they could not pay or could not partially pay monthly bills due to the pandemic, according to Pew.

Some local Hispanic-run businesses have financially suffered from pandemic blows, causing them to close their doors or lay off neighborhood-based employment, Gonzalez said. This, combined with physical destruction and vandalism that surfaced during anti-Black racism and police brutality protests in early June, further plagued those which were already struggling, she added.

“My fear is that we’re going to have businesses that may not be able to open up again,” Gonzalez said. “We’re really concerned and trying to be supportive in leveraging resources so that they’re able to ride the situation and still be able to open their doors once we have the pandemic, at the city level, under better control.”

HACE’s ESG grant money will go towards individuals and households, meaning that it won’t benefit businesses directly. Gonzalez is waiting for a contract from the city’s office of supportive housing before releasing eligibility guidelines, she said. As of now, she knows that people must be low income, which typically refers to people earning about or less than 60% of the median income, to qualify, she added. Applications for both Esperanza’s and HACE’s programs have yet to open.

Combatting homelessness in the Hispanic community

For Esperanza, which is headquartered in Hunting Park, a large benefit of receiving the grant money is their ability to directly help Philadelphia’s Hispanic community — a result of the organization’s 33-years of service, said Christine Nieves, Esperanza’s vice president of development. Esperanza serves about 25,000 people a year across a range of services, about 1,000 of which receive housing services, she added.

But before now, their housing services were not specific to people experiencing homelessness. This is also the first time that Esperanza has partnered with OHS on a homelessness prevention initiative.

“We realized that there really was an ongoing gap and void when it came to ensuring that people who are at risk of losing their rental unit would have access to resources,” Nieves said. “…Looking at a crisis, rising unemployment, [and] the disproportionate impact of that on Latino communities, we wanted to be able to respond.”

A 2019 report by Dennis P. Culhane, entitled “Latinx Homelessness in Philadelphia,” reveals that Latinx Philadelphians are the city’s poorest minority group, but account for only a small percentage of people in emergency housing, transitional housing, and homeless outreach services. This discrepancy results from barriers to access, like a lack of Spanish-speaking staff at shelters or other access points, according to Culhane.

While the leaders are grateful for the new grant money, they said more investment and funding is needed to revitalize their communities. 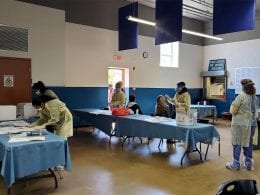 At Philly’s largest men’s shelter, more than half of guests and staff test positive for COVID-19

Here are six ways to avoid eviction in Philadelphia

On Sept. 1, the Centers for Disease Control and Prevention ordered a nationwide eviction moratorium to temporarily prevent…
byZari Tarazona 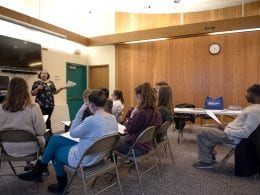 Kensington’s at risk of an undercount, but the city and neighborhood are working to change that

The boundaries for Census Tract 178 run along Kensington’s main corridors, including Kensington, Allegheny, and Frankford Avenues. That…
byZari Tarazona 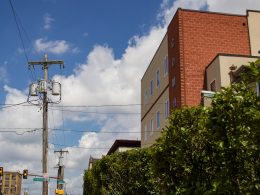