“We really need to consider the impact that the conditions in Kensington are having on our next generation.”

As part of our Community Listening Post series, community members respond to a set of questions about an issue affecting Kensington and the surrounding areas. This month’s topic is about Councilmember Maria Quiñones-Sánchez’s Restorative Investment Plan for Kensington residents. You can read more about the plan here.

As someone who works in addiction treatment, who’s a harm reduction and recovery advocate, and who cares about people experiencing homelessness, I definitely want to see more elaboration on what reforming the treatment system looks like and how to respond to people who don’t want the services you’re offering.

I understand that the solution can’t be for things to stay the same. Some of the proposals I’ve heard over the years, like “lock everybody up” or “involuntarily commit people to treatment,” are very problematic and cross over into injustice issues. But it’s also an injustice for it to just remain the same.

I agree with all the community revitalization and investment efforts — everything from community cleaning and sanitation and initiatives to addressing safety and the needs of children. I support it 100%. I’ll show up for anything the community needs to make these things happen.

When it comes to creating a police district solely for Kensington, I struggle with that. We’re so used to looking for a law enforcement or carceral response to problems. And so, are police officers the best people to engage someone who’s living with mental health challenges, or substance use challenges, or homelessness? My position is no. I don’t think the police officers are the best folks to do that. People who have passion, experience, and strengths in that work are who we really need. I would love to think through other options besides just turning to law enforcement — because there’s only a couple tools law enforcement has and those often involve handcuffing people.

Follow-up question: What are some professions that might be better equipped?

The most effective person is often someone who has lived through an experience or has been very close to it. So, we should bring in people who have experienced addiction and homelessness — but have found a way out — to engage people who are currently there. Investing heavily in that and supporting those folks is another alternative.

It is also important to engage non-traditional stakeholders, like faith-based groups and family members who have been through this and want to give back. There are professionals but there are also people who are advocates or activists or just have lived experience and need to be engaged.

I would defer that to community members. What might be my priority as somebody who works here will be different than somebody who lives here.

One thing I’ve heard loud and clear is that we really need to consider the impact that the conditions in Kensington are having on our next generation. And I’ve often said things like, “The most vulnerable person is the person who’s struggling with addiction and homelessness.” I’ve been gently corrected that the most vulnerable human beings in all of this are the children who are growing up and having to watch where they go out of fear of being shot or seeing people who have overdosed and are essentially dead on the street. We need to look at what we’re doing to ensure that we don’t have a whole generation who’ve grown up in trauma and are only going to go on to struggle as adults.

It’s clear that law enforcement is strained in this area. And it’s complicated. There are many levels to why law enforcement is not effective in addressing the challenges. I work in the 19134 zip code, and I’ve been told if you call 911, don’t expect a quick response time … for non-emergency. So that’s not okay to have response times that are so long. I mean, I’ve had a couple of instances where the problem resolved itself before the police game. We try not to call the police unless we absolutely have to.

I get the idea of not wanting to have overtaxed law enforcement officials. I struggle with turning to law enforcement as the answer. Because how things got to where they are is so complex and nuanced, and there are all kinds of racial and economic justice issues. There is the reality that the unregulated drug market is a substantial part of the economy in this community.

I have the privilege of not living here and not having to worry about my child being exposed to this stuff, but I struggle with going right to a law enforcement response.

More than I can cover in this conversation. What I hope is that the councilmember and other people who are involved in talking about what this plan looks like, will bring those of us who know the system, intimately, to the table.

And then like, really concretely, I come through here every single day. I have never seen services brought to people other than, like homeless outreach services. And like I said earlier, there’s no reason why Community Behavioral Health [a nonprofit corporation contracted by the City of Philadelphia that manages the delivery of behavioral health services to Medicaid recipients] can’t come out here and skip the whole assessment process and get people into treatment. There’s no reason why there can’t be like street medicine workers, essentially. Clinicians that are able to come out here and build a therapeutic alliance with people. We need to stop expecting people to go into these places and instead go to where people are, and meet them where they’re at with what we’re offering.

We have a system that only caters to people who are ready to commit to total abstinence. That’s overwhelming for a lot of people and may not be what they want. They might say, “I want to stop injecting fentanyl, but I’m not ready to quit smoking cigarettes,” or “I’m not ready to stop smoking weed.” We don’t have anywhere for those folks [who aren’t committing to total abstinence] to go or they get told to go to outpatient treatment. But if you’re experiencing homelessness, have no social support, no transportation, getting to a clinic three times a week for outpatient treatment is not going to work. 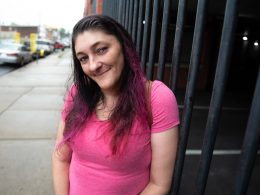 Shelly Donohue, Kensington resident Editor’s note: The responses have been edited for clarity and conciseness. We tried to…
byShelly Donohue 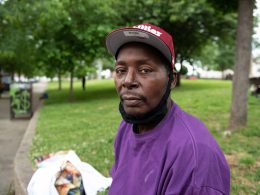 “You can’t continue to say, ‘Okay, well, I fell over this bump because I didn’t step high enough…’ The problem is the bump.”

John Gladden, Kensington community member Editor’s note: The responses have been edited for clarity and conciseness. What do…
byJohn Gladden 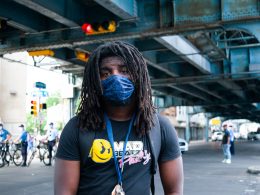 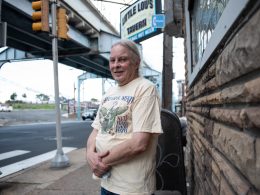 “My street has been an open-air heroin market for some years now and it is a living hell to live in that kind of situation.”