A culture of exploitation emerges after onset of coronavirus

In the decade that Michael has spent living in Kensington, he has experienced periods of homelessness, causing him to rely on others for access to a phone and internet. Currently, he needs help applying for unemployment benefits. He is hoping to get somewhere to stay — a place to lay his head and think of his next steps.

“Being homeless and not having a phone, not having the library, and stuff that I usually have access to,” he said. “I wasn’t able to [apply] myself.”

Michael, who asked to use his first name only, said he doesn’t give his information to strangers since he knows others who have been scammed that way. However, when a trusted friend with internet access offered to help, Michael gave them his personal information to file an unemployment compensation claim on his behalf, he said.

“I was hesitant at first because who wants to give out their information and stuff like that?” he said. “But they hit me with the whole, ‘I’ve known you for so long.’”

He waited for several weeks, expecting his benefits to arrive at Prevention Point, which offers a mail service for people with no address. Weeks later, he discovered that the friend scammed him and took all of his benefits payments.

In March, Congress passed the CARES Act to provide additional unemployment benefits and direct stimulus payments to citizens after millions across the country found themselves without jobs due to the coronavirus. In Pennsylvania, there have been more than 1.9 million unemployment claims between March 15 and July 25, according to the state’s Office of Unemployment Compensation (OUC). Since March, the state has nearly doubled their workforce to process these claims. Even so, thousands have yet to hear back, according to WHYY.

According to Kerri Hartnett, Prevention Point Philadelphia’s Drop-on Coordinator, starting in March, she began hearing of people being scammed out of unemployment money and stimulus checks in Kensington.

For Michael, recovering his unemployment benefits felt nearly impossible. Initially, he wasn’t aware that he’d been scammed. Since the UOC is overworked and understaffed, getting in contact with the office without personal internet or phone access was challenging. He assumed his benefits were delayed, and waited in line at Prevention Point every day to see if his claim went through — until he met Hartnett.

Harnett offered to help Michael recover his benefits. After contacting the unemployment office through Prevention Point’s case management services, Hartnett and Michael discovered that not only had Michael’s claim gone through, but his card was already in use by someone else. The unemployment office was able to shut off the card, but according to Michael, it was turned on and back in use shortly after.

“It was people that knew me for years and knew that they could get in my head,” he said. “By the time I caught on to it, it’s too late. The money’s already given to them.”

Michael is still trying to get in contact with the state’s Office of Unemployment Compensation to remedy the situation.

The Office of Unemployment Compensation (OUC is aware of a recent influx of scammers attempting to apply for Pandemic Unemployment Assistance (PUA) benefits, and has listed warnings on their website advising claimants to be aware of compensation fraud.

In an attempt to deter these scammers, OUC suspended sending benefits via paper check for people who filed claims after July 11. Instead, they opted to send all federal or state PUC via Reliacard, a Visa or Mastercard prepaid debit card issued by the U.S. bank. The office advises people not to share personal information, avoid those who are offering help for a fee, and to save their office’s number to their phone because OUC may need to call them.

These security measures to combat fraud may work for individuals with regular access to a phone and computer, but there aren’t many options to access a phone or computer without housing. For one, many local libraries and public spaces are closed due to the coronavirus. This leaves people like Michael to choose between paying a fee for help, sharing personal information with a potential scammer, or running the risk of missing the opportunity to apply at all.

In other cases, scammers are complete strangers. Kevin, who asked to use his first name only, said that a woman approached him on the street in Kensington and asked him if he needed help applying for unemployment benefits. She told him she was from King of Prussia area and had access to a computer and phone. Kevin recently lost his housing and was eager to begin the process of receiving benefits to help him move forward, so he accepted her offer.

“I was hoping to get that money because I was trying to get back on my feet,” he said. “I want to see my kids; get my own place again. “I thought she was really trying to help me.”

But when Kevin called the woman a couple of days later, nobody answered. Now the number she gave him is blocking calls. Without a phone himself, he can’t call the unemployment office to get it sorted.

Both men were able to begin the process of sorting out their benefits with the help of Prevention Point’s case management services. Since the public library system is closed, the organization has also been filling the internet access gap. Prevention Point’s drop-in center connects clients to a variety of completely free services like assistance applying for unemployment benefits, mail services, and meal services, said Harnett.

Also filling these gaps is Step Up to the Plate at Ruth and E Clearfield Streets, a food distribution site sponsored by Broad Street Ministry, Prevention Point Philadelphia, Project HOME and SEAMAAC, which provides stimulus check assistance for those who still haven’t received their direct payment.

“When you give someone your social security number, you’re really giving them a lot of power and a lot of information about your life,” Harnett said.

In an email to Kensington Voice, Theresa Elliot, a deputy communications director for the PA Department of Labor and Industry wrote that the OUC takes cases of fraud very seriously — specifically, fraud that takes money away from residents during a global pandemic.

“We continue to work on a case-by-case basis to recover any funds which went to incorrect accounts as well as ensure the individuals affected are provided their appropriate benefits,” she wrote.

As Michael and Kevin try to reclaim their unemployment benefits with the help of community service providers, they continue to grapple with the cruelty of their scammers. Michael said he’s still healing.

“You hope that someone actually wants to help you. That’s usually not the case though, because [scammers] take advantage of people who can’t help themselves,” Kevin added.

Step Up to the Plate – Kensington

Step Up to the Plate, also known as The Love Lot, is a food distribution site that has wrap around services like help with stimulus check claims and medical assistance. These services are available to anyone in the neighborhood, you just need to walk up to the main pavilion tent when you arrive to get started.

If you are a victim of identity theft you may also report it to the Federal Trade Commission and start a recovery plan at identitytheft.gov. 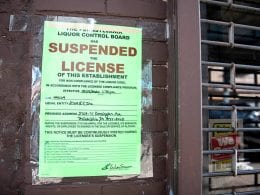 In the 25-plus years that Kip’s family has owned Martin’s Deli on Kensington Avenue, they’ve never experienced the…
byErin BlewettandbyHenry SavageandbyZari Tarazona 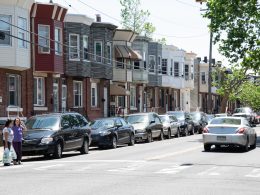 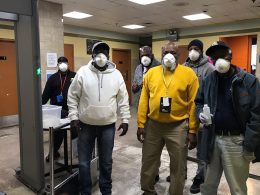 Up until last week, Lawrence Williams spent his winter couch-surfing across North Philadelphia with his elderly mother. But…
byClaire Wolters